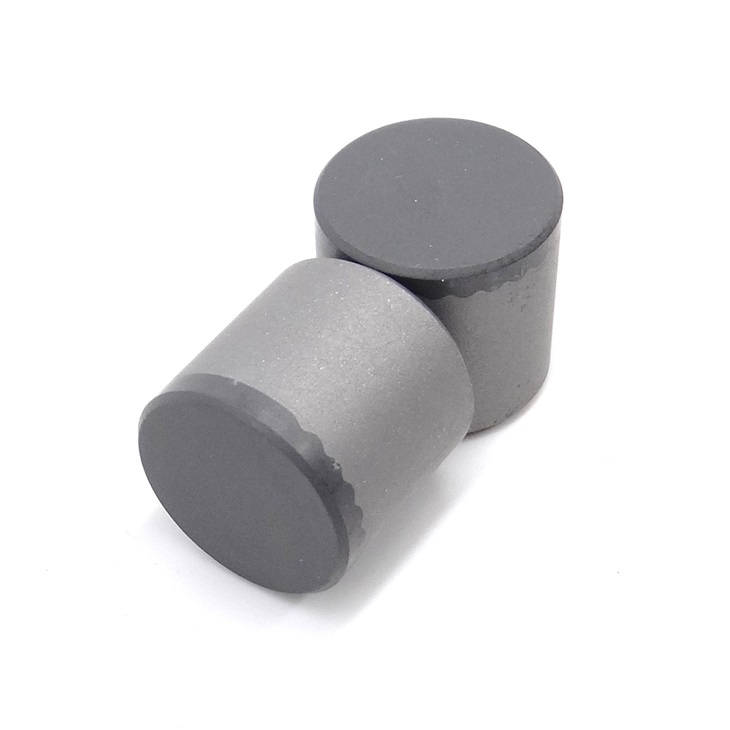 PDC drill bits (Polycrystalline Diamond Compact Bits) are a new type of drilling tool developed with the development of PDC composite materials. The foreign research began in the mid-1970s and was put into industrial use in the early 1980s. PDC bits have occupied a very important position in oil drilling tools. China began to understand the PDC bit in the early 1980s. There are now more than a dozen domestic PDC bit manufacturers. The major oilfields in the country have vigorously promoted the use of PDC bits in the adaptive stratum so that the amount of domestic PDC bit and the total drilling footage The proportion in China has increased year by year.

New Advances in the Design of I PDC Bits I. New Developments in I PDC Bit Design Theory

In the arrangement of cutting teeth, the general design principle is "equal cutting, equal power, etc. wear". The recently proposed numerical calculation method for the equal-volume design of PDC bits is representative. In this method, considering the influence of the shape of the drill's crown, the arrangement of the cutting teeth, the size of the cutting teeth, and the interaction of the cutting teeth, a mathematical calculation model for the equal volume of the cutting teeth was established to work on the cutting teeth. The corners were optimized and the results were applied to the model. This method provides a feasible method for the PDC bit design and performance simulation analysis. In addition to the equal volume design method, uniform and uneven tooth distribution along the crown profile curve has also been applied in practice. In this method, when the crown curve of the PDC drill bit is designed in a certain way, only the uniform distribution of teeth along the contour curve of the crown can be used to achieve the requirement of cloth teeth, so the problem of cloth teeth is transformed into the design problem of the crown curve. With the rapid development of computational fluid dynamics software in recent years, foreign large drill bit manufacturers have gradually begun to use numerical computational fluid dynamics (CFD) numerical simulation methods to analyze the bottom hole flow field and nozzle jet pair of roller bit and PDC bit. Comprehensive analysis of the effects of carrying rock and other aspects. The principle of optimizing the hydraulic structure of the PDC bit has been proposed: 1 Higher pressure drop at the bottom of the well. (2) To avoid the occurrence of mud-bag phenomenon in the area of low flow velocity near the main cutting tooth. 3 small vortices. This will reduce the chance of debris being returned to the bottom of the well. 4 The reasonableness of the flow distribution of the runners.

New Advances in Structural Design of I. 3 PDC Bits

The renewal of the PDC bit design structure continues uninterruptedly, with the aim of finding a more rational structure with a view to achieving higher mechanical performance and a longer service life, as well as a broader adaptability to the formation. The way of cloth teeth is from steel type to carcass type, from point type to spiral sink type, to super deep wide sink scraper type. The structure of cloth teeth, from standard sheets to large sheets, to small and large sheets of cloth; from single row teeth to double row teeth, etc., as well as so-called anti-sandwich PDC bits, etc. are all in the process of exploration. Another important aspect of the design structure update is to address the different working conditions of different formations and drill bits and different working positions of the drill bit. Different cutting elements can be used to better perform the cutting element performance and improve the drill bit's pertinence.

The economy is low, and the dilution rate is low, and the cast tungsten carbide is not melted in the oxygen-acetylene flame, and the surfacing effect is good. The application shows that the hardened layer on the surface of the bit body obtained by the new process of oxygen-acetylene flame surfacing has a high hardness, a high bonding strength with the matrix, and a strong erosion resistance; the steel body ROC drill bit produced by this process can fully meet the requirements of field applications.

The use of vacuum diffusion welding process to manufacture artificial polycrystalline diamond compact drills is one of the most highly-regarded high-tech products. Due to its outstanding advantages, vacuum diffusion welding process is considered to be able to replace the commonly used brazing process. It can overcome the rapid decline in braze strength due to the increase in bit temperature during PDC bit drilling in the brazing process. Caused by the composite sheet easy to fall off and other serious problems. In the welding process, the dehydration method, the initial cooling temperature and the cooling time in the furnace after welding have different degrees of influence on the PDC welding. The order of influence is: cooling initial temperature> cooling time> dehydration method. The optimized combination of process parameters is: cooling initial temperature 695°C, heat preservation 6h, low cost bulk acetone for dehydrating agent; intermediate process sandwich material has a great influence on the quality of the weld, using Cu foil with a thickness of 45 Um or When the Ni foil is used as the intermediate process interlayer, the shear strength is greatly improved, which means that the intermediate seam can significantly increase the strength of the weld seam.

2.3 The application of laser rapid prototyping technology in the manufacture of carcass H)C bit

Laser rapid prototyping technology is the technological integration of mechanical engineering, CAD, computer numerical control technology, inspection technology, laser technology and new material science. Its basic idea is that any three-dimensional part can be viewed as a stack of many two-dimensional planes along a certain coordinate direction. Therefore, the two-dimensional solid model in the CAD system can be first layered and sliced to obtain a series of cross-sectional outlines. Plane geometry information, and then using a laser to control the laser beam to selectively solidify the liquid photosensitive resin (or bonded solid, sintered powder material) layer by layer, and rapidly accumulates the required parts (models) from the surface, and the forming principle is broken The traditional methods of forming (such as forging, stamping, casting, etc.) and cutting methods. The introduction of laser rapid prototyping technology into the manufacture of TOC drills has not only solved the difficult problems of the difficult-to-manufacture of structurally complex PDC bits, but also improved the accuracy of the drills and accelerated the response of the drill bit manufacturers to market reactions and product manufacturing speeds.

The PDC drill is a new type of cutting bit made of an artificial polycrystalline diamond cutting block embedded in a drill bit body. It has higher safety than the roller cone bit, which can greatly improve drilling efficiency and reduce drilling costs. In order to mention the speed of drilling wells, make full use of the characteristics of TOC drills, and expand the use of PDC drill bits, great breakthroughs have been made both in design theory and design methods both at home and abroad in recent years. In particular, with the development of high-speed computer technology, the drill bit design method has achieved a great breakthrough: From manual to automatic, from 2D to 3D, from low precision to high precision, the continuous update of design methods has revolutionized the design of the ROC bit. The change. While the design method has been improved, the level of manufacturing technology for PDC bits has continued to grow.